"I think the crux is where it goes out right and up through a bulge."
"That's unfortunate, that matches what I see ahead."

"I need a fork that's less painful to hold."

"I never thought I'd have this much fun with three girls from Indiana."

"Do you recognize me?"
"Yes, your hair is different every year."

"Do you have anything to eat?"
"I have some chocolate covered strawberries."
"Really? Did you just make that up?"
"Seriously."
"How did you know to bring exactly what a girl likes?"

"There's lots to see in Monterrey. They have fast internet!"

"If you'd like to take a lead fall on camera I can switch to movie
mode!"

"There's got to be lots of good climbing there?"
"Oh yes, Yosemite is only three hours away."
"Do you go there often?"
"No."

"Everything was going great until I got to the no hands rest. Then
everything went to shit!"

"My ass was soaked and I was worried it wouldn't look good in the
pictures."

"Get that guy some gloves!"

"I just broke part of Astroman!"

"My lifestyle requires a ponytail."

"I can't believe my doctor told me that my muscles are too small!"

"You're doing a really great job of imitating a newbie climber!"

"I've never been that close to an uncaged bear!"

"When I did Snake Dike with my girlfriend, we got to the top of the
climbing and she wanted to rest, but I kept going up the slabs and
pulled her up... I wanted to get back down at a somewhat reasonable
hour, you know."
"How did that go?"
"That was pretty much the end of that relationship."
"Did you learn anything from that experience?"
"... Yeah. Start earlier."

"Wow that's a huge lens! Are you compensating for something?"
"Err... yes, distance."
"Good answer!"

"Are you going to lead it?"
"First I need to climb it naked on toprope."

(little girl pointing at Devil's Tower) "Mommy, is that a rock?"

"He lowered off a single RP yesterday."
"Yes, but it was the biggest RP."

"So is that the 5.13 hardman sending diet? Rice for crimps, cheese for
slopers, olives for pinches... What do you eat for offwidths?"
"Sand?"

"This guy is so good at it he found sixteen and a half kneebar rests
on one climb at Rifle."
"What's half a kneebar?"

"It's a blind throw to a hold that's out of reach."

"He's doing the move right, he's just not strong enough. He should
come down now so that I can warm up."

"I like it when only my fingers and toes touch the rock."

"That reminds me of the party where there were all these baby wipes
floating around..."

"I was career oriented, then I found climbing."

"He used to climb a lot. Now he's more into BASE jumping and drugs."

"People say climbing is all about the movement, but I have to be
honest, for me it's all about climbing hard stuff."

"Has he started drinking yet? Maybe he should!"

"My yellow Alien is like American Express. I don't leave home without
it."

"The path to achievement is suffering. That's the best way to do it."

"Could you not start flaking the rope yet? I'm feeling a lot of
pressure to hurry and I want to be able to enjoy the climb." 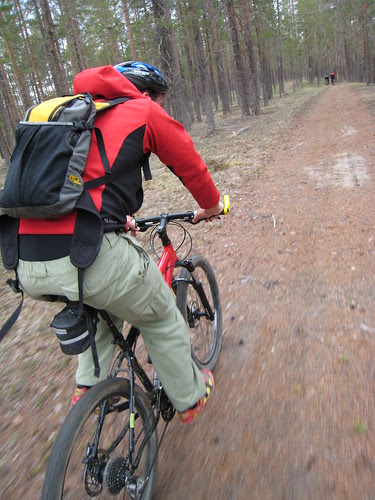 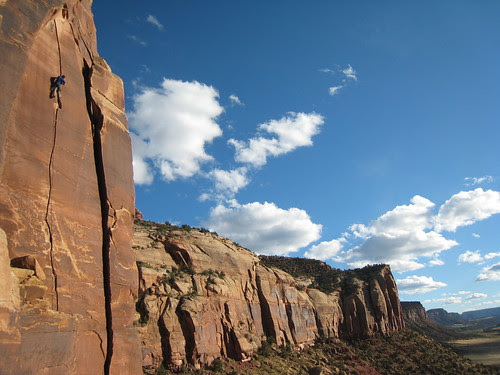